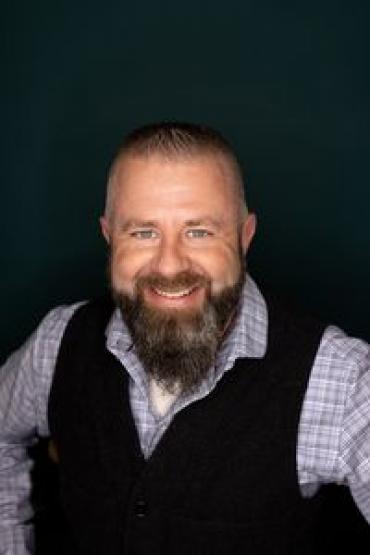 He reportedly told her that if “she told anyone about his having a sexual relationship with her, she would have problems.” She added that he said “things would be found in her car that she could be arrested for or could cause problems for her…things would be planted in her car to cause the arrest.”

Various accusations of misconduct were made by women against state senate candidate Dave Estenson while he was working as a police officer in the city of Osseo and village of Strum, according to an investigation conducted by the Wisconsin Department of Justice.

Estenson — a Republican running for the District 31 seat currently held by Democrat Jeff Smith — denied nearly all allegations against him in an interview conducted by investigators on March 21, 2007. He admitted purchasing alcohol for women he knew were not of legal drinking age and that he “may have said ‘if you are with me you don’t have to worry about getting a ticket.’”

In a statement issued Monday of this week Estenson said:

“Nearly 20 years ago, as a single young man, I made some poor decisions surrounding my personal relationships. Allegations of misconduct were made, and thorough investigations were conducted independently by my employer and the Wisconsin Department of Justice. No legal action was taken. After the investigation concluded, I went on to serve in law enforcement for six more years and no other allegations have been made against me.

"Prior to the investigation being concluded, I had already met the woman who is now my wife and had assumed the role of stepfather to her two boys.

"As a husband and father of two girls of our own, my wife and I are striving to instill the family values and morals that I had lost sight of in my youth.”

Estenson said in his 2007 interview with the DOJ that he had been involved in several relationships with females while employed as a police officer with the city of Osseo and that he had “a whole bunch of one night stands.” He denied having any sexual relationship with females while he was on duty, making a threat or statement about planting items in anyone’s car and any non-consensual sexual relationships with any females. At the time, he stated he “would love to take (a polygraph).”

Estenson was not charged after the conclusion of the DOJ's investigation. The DOJ advised that a decision on charges would have been referred to the Trempealeau County District Attorney's office. The DA's office told the Times that it has record of a referral in 2005, but not in 2007 when the case was reopened and closed again.

The Times made Freedom of Information Act requests for disciplinary records from the Osseo and Strum police departments and to the Wright County, Minn. Sheriff’s Department, but were told all records had been destroyed. Local ordinances allow for police employment records to be destroyed seven years after the employment has ended in Wisconsin and after five years in Minnesota.

In addition to running for state senate, Estenson is a member of the Whitehall School District Board of Education.

An investigation was launched in 2005 when Terry Miles — a former Whitehall resident and one one-time candidate for Trempealeau County Sheriff — reported to the Department of Justice’s Division of Criminal Investigation that he received information regarding the “possible misconduct” of Estenson.

The names of the alleged victims were redacted from the report received by the Times from the DOJ following a Freedom of Information Act request.

The first interview was conducted by investigators in February of 2005 as Jane Doe 1 (JD1) told investigators that Estenson had requested she “go home” with him in August of 2004. JD1, who was 20 years old at the time, said she was not interested in sleeping with him.

JD1 said that on Oct. 27, 2004, she engaged in a telephone conversation with Estenson, who requested that she travel to Osseo from Strum so they could be together. She said he “indicated that he knew she was underage and that she was going to drive from Strum to Osseo after having consumed intoxicating beverages. He then made the comment that if she was willing to travel to Osseo to meet him, he didn’t know anything about what was going on,” according to the investigation documents.

She admitted to driving to Osseo and engaging in a sexual relationship with Estenson. She told investigators that she was “okay with what had occurred” between her and Estenson, according to the report.

The next day, JD1 said she was at a tavern and went behind the bar to help serve drinks. At some time during the evening a fight started outside of the tavern and someone had contacted law enforcement. JD1 said Estenson had approached her and asked to speak to her in the back room of the bar. She told investigators that Estenson said she was “putting him in a bad position.” He said he did not want to give her a ticket and that there were “ways to get around this.” Investigation documents said JD1 said it was clear in her mind that he “was hinting at receiving a sexual favor from her to avoid her receiving a citation for underage drinking."

She told investigators that she told Estenson it was up to him whether or not he issued a citation. He said he spoke to Strum Police Chief Craig Marsolek and believes Marsolek told him not to issue a citation. She said Estenson gave her a ride home in his squad car, where she sat in the backseat, despite him offering her a ride in the front. She said he “kept trying to say things to her.”

JD1 said there was no other contact between her and Estenson.

Estenson told investigators that he had an “eyewitness” in a concealed camera device on the incident related to JD1 in which he was accused of soliciting sexual favors. However, the device was not activated during that contact.

Another woman, Jane Doe 2 (JD2), told investigators on March 9, 2007 that she had a “friends with benefits” type of relationship with Estenson. She said she was 19 years old at the time they began having an intimate relationship in the summer of 2003. She said the relationship lasted approximately one year and that they had “sexual contact while he was on duty and in uniform while at the Strum Police Department building.”

Shortly after commencing with their sexual relationship, JD2 told investigators that Estenson made a comment that she took as a threat. He reportedly told her that if “she told anyone about his having a sexual relationship with her, she would have problems.” She added that he said “things would be found in her car that she could be arrested for or could cause problems for her…things would be planted in her car to cause the arrest.”

JD2 said that Estenson told her that while they were in an intimate relationship together “she did not have to worry about getting in legal trouble while he was working.”

A third woman told investigators on March 9, 2007 that, while at a party in Cleghorn, she and Estenson went into the basement area and he placed her hand on his exposed penis. She then yanked her hand away and left the basement. That incident reportedly occurred in 1998 before Estenson became a police officer. The woman was 27 years old at the time of the interview with investigators.

Investigators also spoke with then Osseo Police Department Chief of Police Greg Gregerson who said he heard a rumor regarding a consensual activity between Estenson and a 19-year-old female in an alley behind a bar while he was off-duty. Gregerson said he confronted Estenson about the rumor and that Estenson would not say the incident “did or did not happen.” He said he told Estenson that type of behavior would not be tolerated. Estenson confirmed the incident happened when speaking with DOJ investigators.

Estenson resigned from the Osseo Police Department in June of 2007 with the city council voting to “accept his resignation…to allow him to pursue a career in Minnesota” after a closed session for “consideration of employment, promotion, compensation or performance evaluation data of any public employee over which the governmental body has jurisdiction or exercises responsibility.” The DOJ case was closed in July of that year.

(Editor's note: This story was updated upon receiving new information on Sept. 28) 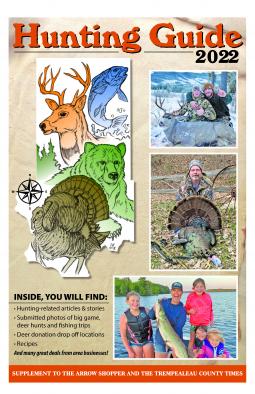